The Secret Method All IELTS 8+ Students Have In Common

Home » The Secret Method All IELTS 8+ Students Have In Common

Every 8 weeks I start teaching a new group of students. I walk in to the room, welcome them all and then take a few minutes to set up the computer and projector. In those few minutes I am able to accurately predict who will get the IELTS score they want and who will not.

That few minutes tell me everything and in many years of teaching I’ve rarely been wrong. It has nothing to do with speaking ability, pronunciation or the kind of car they drive. In fact, it is nothing to do with ability or money. This secret method is absolutely free and it’s something China’s richest man can teach us. 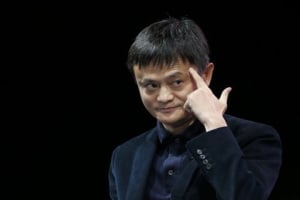 Jack Ma is one of China’s most successful entrepreneurs. He runs a group of companies, including China’s biggest e-commerce site alibaba.com. Hundreds of millions of customers use his sites and this has made him one of the world’s richest men. He also used to be an English teacher :). He wasn’t always so wealthy and managed to be successful despite coming from a poor background.

Growing up in a small isolated city Jack managed to teach himself English without any help from teachers and without spending any money.

So what was his big secret that can help you achieve your IELTS goals?

A PASSION for ACTIVELY learning English.

Remember those two words above- passion and actively- they are your key to success.

Jack Ma, like some of my other students who I will tell you about below, had a real passion for language learning and took active steps to practice English. To illustrate this we will look, not only Jack’s story, but three of my students who achieved 8+ on their IELTS.

Jack Ma was born in Hangzhou, Zhenjiang Province, China in 1964. In those days, there weren’t many English teachers to help Jack and he wasn’t worth $50 billion dollars, but that didn’t stop him from becoming fluent.

Jack would ride his bike 45 minutes to a hotel where he knew there were Western tourists and he would practice his speaking skills with them. But he went much further than that. Once he got talking to them he would offer to them guided tours for free. All he asked in return was for them to correct his mistakes from time to time. He actually embraced his mistakes and used them to his advantage.

Not only did he have the passion to ride his bike to a hotel far away from his home and work for free, but he also was active in that he used his speaking practice to do something in the real world, in this case guided tours, and reflected on his mistakes in order to improve.

Mai was a typical Vietnamese student, very hard working and great to have in class. However, like many Vietnamese students, her previous teachers had put more emphasis on grammar than actually speaking. As a result, her fluency and pronunciation suffered.

I advised Mai that she needed to find an environment where she could practice her speaking with native speakers and not worry too much about making mistakes, that way she would stop worrying about grammar and her fluency would improve. I suggested that she could maybe chat to foreigners in the local tourist area or find someone to talk to on Skype, but Mai took it to a whole new level.

The next time I saw Mai, she was serving me coffee in a local Starbucks. She realised that in order to speak as much as possible she should put herself in a place where she would have to speak English all the time. She told me she was shy about approaching strangers but in work she had to as part of her job. She worked there part time and got paid to speak to native speakers all day long. She would actively engage as many of them as possible in real conversations and got paid to do it. Not bad, eh?

As a result, her English level increased dramatically in a short period of time. She got the results she wanted and is now studying business in the United States.

Dev was one of my online students and a very intelligent young man. His writing and reading were great but he couldn’t understand why his listening and speaking were not improving. Dev sounded very clear but his sentence stress, rhythm and intonation sounded very unnatural. As a result, he was getting lower marks on the pronunciation part of the speaking test.

Other teachers had told him to do the usual things- listen to English songs, watch English movies and listen to podcasts. I explained to him that this was exactly his problem. He was learning by doing those things, but he was doing it passively. In order to really improve he would have to learn not passively but actively. Instead of just listening to songs he would have to get the lyrics and mark the stress, intonation and rhythm patterns and then practice the songs himself. Instead of just listening to the podcasts he should download the transcript and practice saying lines along with the podcasts, copying the correct pronunciation.

What Dev actually did really impressed me. He was a huge Game of Thrones fan and so was his brother. They had both read all of the books and loved to watch the TV show together. Dev realised that he could turn his passion in to an IELTS solution. Dev and his brother each picked a character they liked and then they would role play while watching the show. Dev did this, not only for Game of Thrones, but also his favourite movies. He downloaded the scripts and practiced a little every day paying particular attention pronunciation. In a short time Dev sounded more like a Hollywood actor than an IELTS student.

Eva was a very advanced user of English and had also graduated from University in Cologne, Germany. Why was she scoring so low in the writing test? Eva was writing her essays the way she wanted, not the way the IELTS examiner wanted. Such a big part of scoring high in the IELTS writing test is giving the examiners exactly what they want.

Eva had been accepted in to a very prestigious university in the U.K., so she was under a lot of pressure. She didn’t want to just read a book about the writing test and take her chances, she wanted to really practice her writing.

Eva knew a few people on Facebook who had scored well on the IELTS test, so she set up a blog, posted her writing and then invited her friends to comment on her work. She also invited her friends to post her blog on their wall and in a short time her blog was getting hundreds of hits a day, all commenting on her writing and even posting their own writing. She had created an online community where her mistakes could be embraced and she could actively improve each time she posted on her blog.

So how do I know who is going to get the scores they need on the first day of class? Those students talking in their native language to each other or looking at Facebook in their native language are just not going to do as well as they should. Those students who are talking to each other in English or reading a newspaper article in English and noting unknown vocabulary before class are actively taking steps to improve their chances of getting IELTS 8+. Those who only practice English when a teacher tells them to are never going to do very well. Which one are you going to be?

If you need my help with your IELTS preparation, you can send me an email here: chris@ieltsadvantage.com

I really embrace the content that u provide.
thank so much

This is very interesting for me, because I could really see myself in their problems and solutions. Before I learnt IELTS, I took TOEFL paper-based test out of necessity because of my job. Unexpectedly, I’ve got total score of 603. It’s very surprising for me and my family since I only need 500 to bypass the requirement from my job, and I never really studied hard enough. I only bought one random book from bookstore near me and did 4 or 5 full simulation test. Because of that, my family then convince me to take scholarship for study abroad. The… Read more »

Thank you very much!!!I guess that this paper as pattern of experiences of people can be inspiration for many people who want know English very well.

Thank you very much!!!I guess that this paper as pattern of experiences of people can be inspiration for many people who want know English very well.

would love to know what is Eva’s blog web site